There are few tastier or more seductive snacks than molten cheese – especially if it happens to involve a good product in the first place. 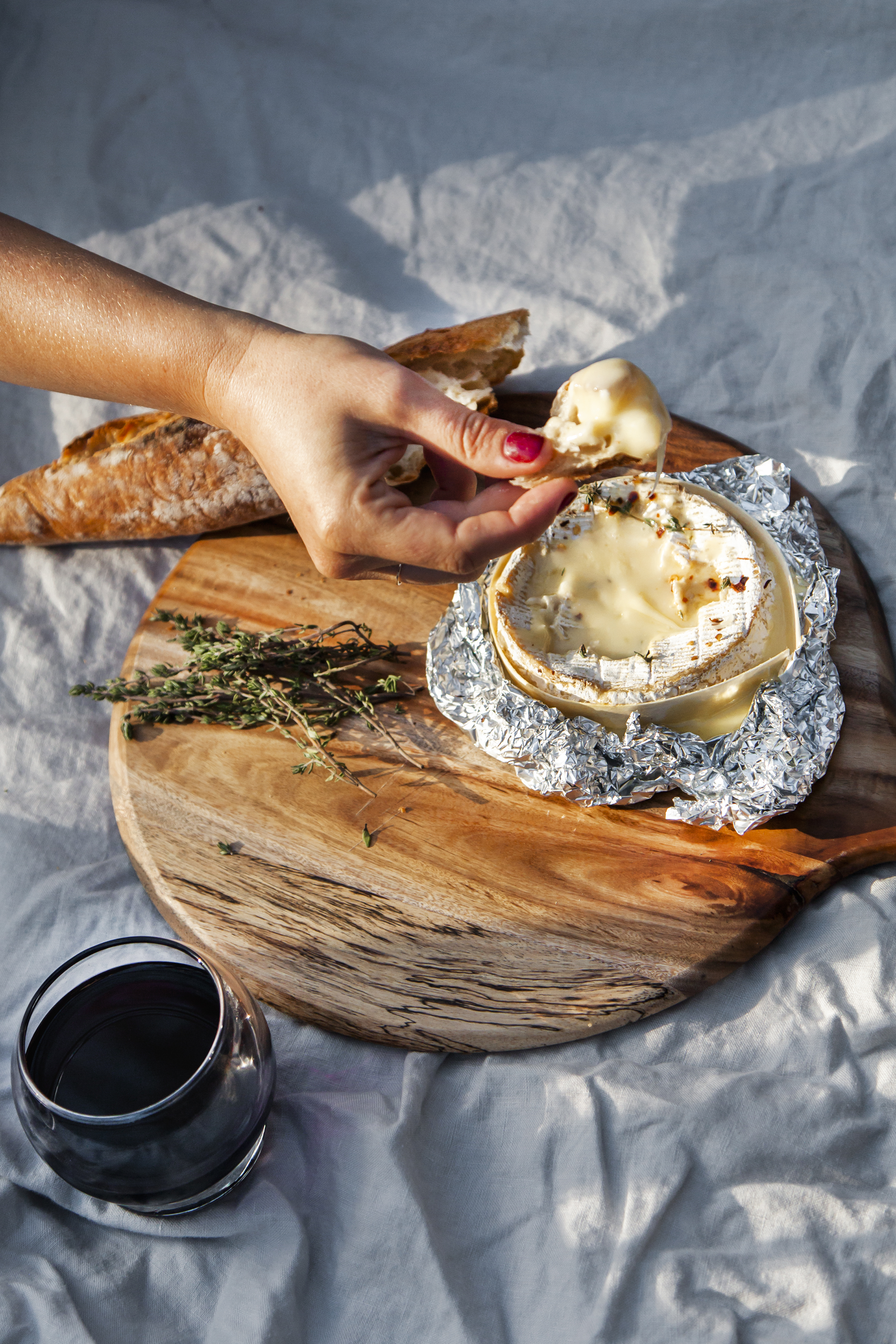 01: Remove the lid and, if there is one, the plastic film over the cheese and, after easing the cheese from the box, the wrapper beneath it. Slice off the top mould crust, thinly. Return the cheese to the box, trimmed side up. Peel the garlic and slice it into shards. Spike four or five of these into the surface of the cheese.

02: Sit the box on a square of foil and wrap it so that the foil comes 1-2cm up the sides of the box, making a seal. Pour a couple of glugs of red wine onto the cheese and pop a sprig or two of fresh thyme on top.

03: Place the cheese either in a baking dish in a hot (200˚C) oven, or on a trivet in the middle of a hot grill in a covered barbecue, and leave it for about 15 minutes, or until the cheese starts to froth. Remove it from the grill and let it rest for just long enough for you to cut the baguette, warmed if you like, into spikes before plunging them into the cheese and gleefully ingesting.