What Blue Cheese should you should Serve at Christmas? | Christmas Blues Your favourite cheesemonger or deli is the obvious place. Helping a customer make an informed choice from an often confusing display of cheese in different shapes, sizes and textures is an important part of a cheese monger’s job. Tasting before you buy is highly recommended because all handmade artisan and farmstead cheeses vary in quality and flavour.

I’d recommend keeping your selection simple, because less is always more – even with cheese, and yes, even at Christmas!

All too often, we can’t resist and get carried away and end up buying too many cheeses, but four or five is more than enough. If the cheese you had set your heart on isn’t up to scratch, don’t compromise – substitute with another, or go without it.

Just one great-tasting cheese in optimum condition is another option. This provides a good opportunity to appreciate a cheese on its own merits, and has the advantage of being relatively simple to match with a single wine.  My own selection this year will be blue cheese. There is plenty of choice and a wide variety of tastes and textures, with flavours ranging from mild to very strong.  Many blue cheeses are at their seasonal best at this time of year and work exceptionally well when matched with sweet fortified or dessert wines.

Stilton is the obvious choice.

The king of English cheese, and a must have on the list. Look for a moist and creamy texture with a mellow, savoury flavour. The blue mould should not be sharp or overpowering. 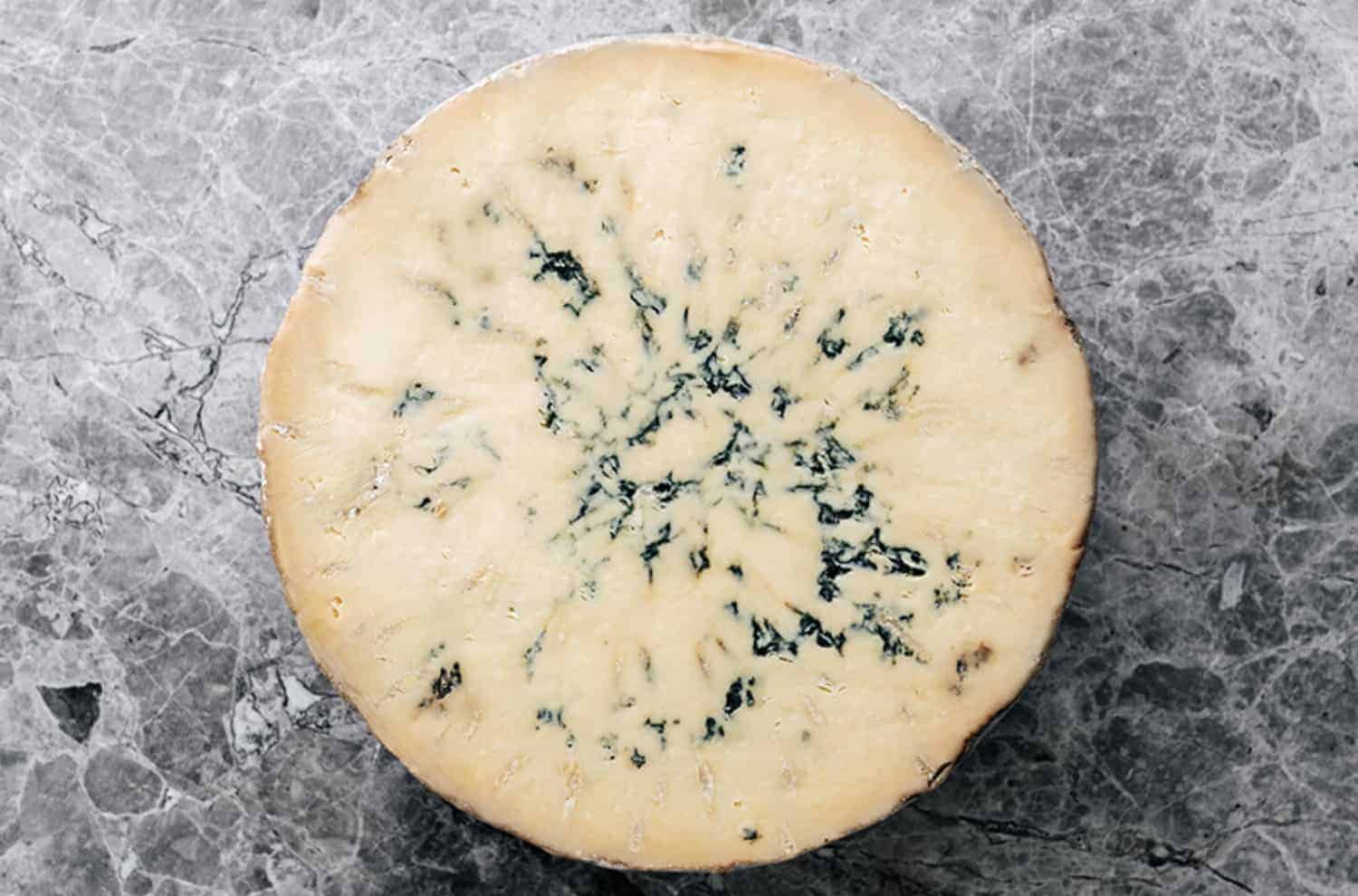 The best Stilton is produced at the beginning of autumn from late lactation milk, and takes 2-3 months to mature. Almost half of all sales of Stilton are made in December. Not all Stiltons are the same, however, so it’s important to be fussy about what you buy. The finest examples are moist and creamy in texture, with a mellow, savoury flavour. The blue mould should not be sharp or overpowering.

Some large producers freeze wedges of Stilton, or preserve it under vacuum so they have supply for the supermarkets late in the year. This tastes quite different to the cheese freshly cut from a crusty wheel. The pretty ceramic pots of Stilton that appear as great-looking gifts at this time of year are generally made with cheese offcuts. Keep the pot but throw away the cheese, is always my advice to friends.

is the only soft blue cheese made from unpasteurised milk currently allowed for sale in Australia, so it’s an essential on my shopping list. This legendary blue is one of the oldest and most popular of all French cheeses. The spores of Pencillium Roqueforti mould, found in the famous labyrinth of caves beneath the Cambalou plateau, are now used in the production of just about every blue cheese in the world. Roquefort is made for just six months a year, from the end of December, and matured in the region for at least 90 days or longer, often just below freezing point. The finest examples are those made at the end of the milking season in May and June, when ewes are grazing on fresh pasture, and it’s these that are released just in time for Christmas. Soft, moist and fatty, the crumbly texture and lingering strong, salty blue flavours are not for the uninitiated but, when served with thinly sliced dark rye bread, cultured

Cheesemongers around the world look forward to the annual release of Roque River Blue Special Reserve.

This unique, award-winning American blue cheese is made in Oregon from whole cow’s milk only in autumn. After gentle maceration in local pear brandy, it is wrapped in Shiraz vine leaves ceremonially picked on the equinox, before being matured for 15 months, and released in very limited quantities. The strong but not overpowering blue flavour has an extraordinary fruity aftertaste, which makes a wonderful substitute for Christmas pudding. This is a cheese with a ‘wow’ factor that will astonish your guests. 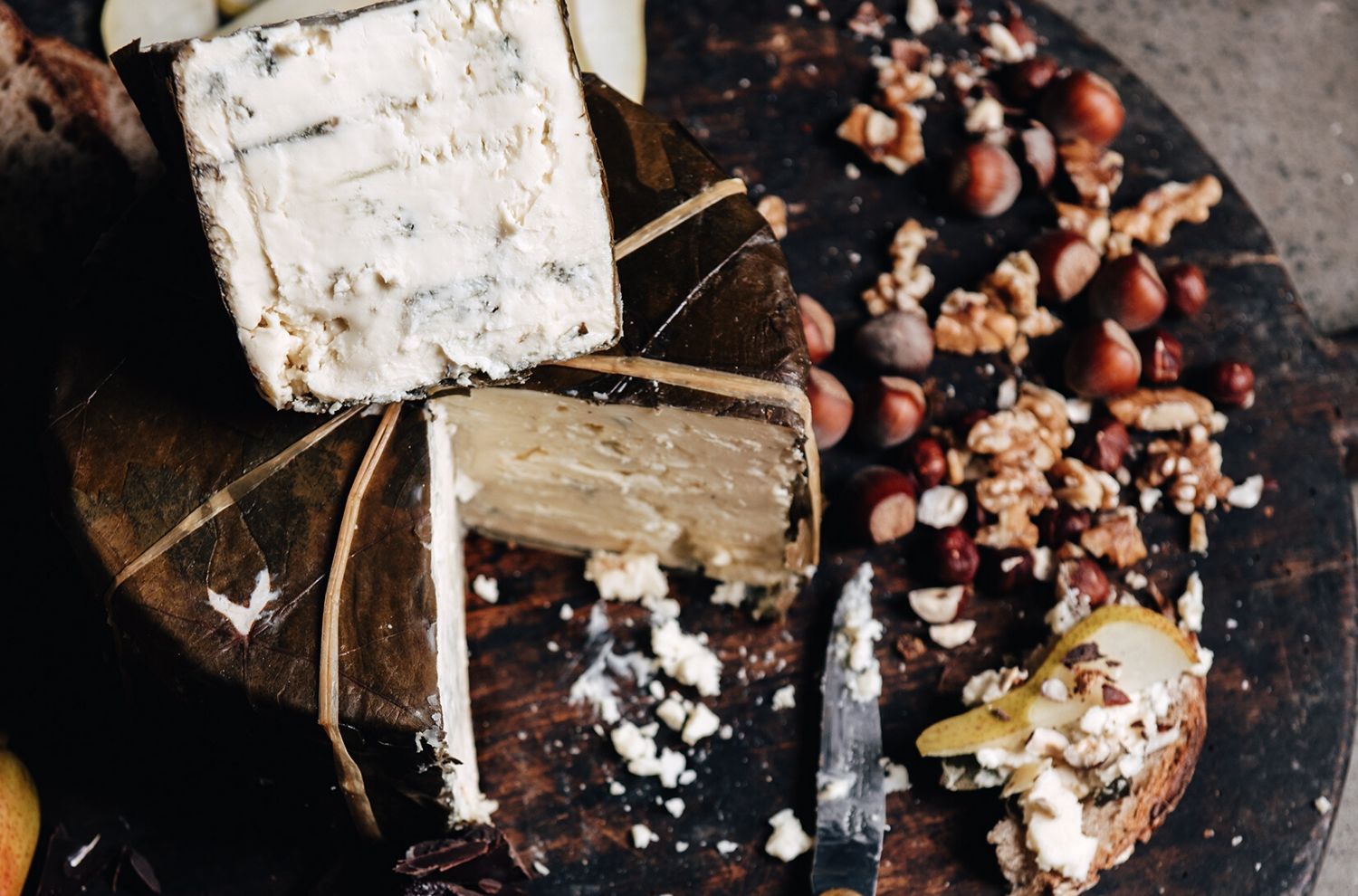 Finally, a Christmas blue selection wouldn’t be complete without a local blue. My pick would have to be the award-winning Tarwin Blue, made from the rich spring milk of a small mixed herd at Berry‘s Creek, in the prime dairy countryside of South Gippsland, Victoria. This signature farmhouse blue cheese has soft, creamy well-balanced savoury flavours that are guaranteed to please a festive crowd. After one taste, it’s hard to stop wanting more.