It has been suggested that age does not matter unless you are a cheese. Time, however, can certainly focus and intensify our obsessions. And my particular obsession, which has also matured with age, is cheese. It all began in London in the early 1970s when I was lucky enough to find a holiday job working in a posh food and wine shop called Justin de Blank in Belgravia. It was there, for the first time, that I was exposed to the kaleidoscope of flavors to be found in a piece of Swiss Gruyere, cut freshly from a crusted wheel. I also experienced, for the first time, the smell of brassica and wet hay found in ripe Camembert de Normandie and began to understand why cloth-bound English farmhouse cheddar was so completely different from plastic-wrapped blocks.

These experiences were revelatory, and the timing could not have been better. Having just completed an economics degree after three wild and rather undisciplined years as a student at Leeds University, I was being encouraged by my concerned father to straighten up and become an articled clerk at a large accountancy firm in the City of London. Naturally, I hated the idea. But as luck would have it, this was a period when consumers of my generation were starting to seek out more interesting food – real food-  with a genuine sense of place. Organics, macrobiotics, gourmet, even farmhouse – these were the buzz words of alternative counter-culture heralding the birth of a consumer-led food revolution which, so many years later, continues to question and challenge the innocuous and bland mass-produced food offered by ever-expanding supermarket chains.

By the 1970s, traditional, hand-made, regional farm cheese made from raw milk had all but disappeared from England’s culinary landscape due to wartime regulations. And even the European survivors were soon under threat from EU regulations and consumer apathy. Something had to be done. The vast differences between mediocre cheeses and the finest examples of handmade traditional cheeses were not something most Londoners understood. There was clearly an opportunity to explore and promote traditional cheeses – natural foods reflecting regional provenances that also introduced us all to a huge and often confusing variety of types, tastes, textures and aromas. I was immediately caught up in the excitement of supporting a cause that seemed so important and, over the next five years, I opened seven delicatessens in London’s West End, stocking only the finest cheeses I could find, most of them imported from France.

By the 1980s, I had a successful business and a young family with my Australian wife, Bonnie, and a pocketful of dreams. I sold the business and migrated to Australia where, I surmised, the tyranny of distance, some ponderous quarantine regulations and a stunning but entirely explicable lack of understanding of real cheese looked certain to offer some sort of challenge, and, with it a real opportunity. Australia was, in addition to being a country of infinite appeal to a young Pom, virgin territory in cheese terms and suddenly I found myself called upon to answer questions about cheese that would have been considered laughable in Europe. And by teaching, so it happens, I learnt. What has followed are two books, a court challenge from the federal government over raw milk cheeses and my right to sell one of the world’s oldest blue cheeses, Roquefort in Australia, a ground-breaking 60-episode, global TV series on the world’s benchmark cheeses, a deep affection for my new country, and infinite gratitude for the opportunities it has provided. I am, of course, still fascinated and, yes, obsessed by cheese, still learning about it, and still having an enormous amount of fun tasting and consuming it. 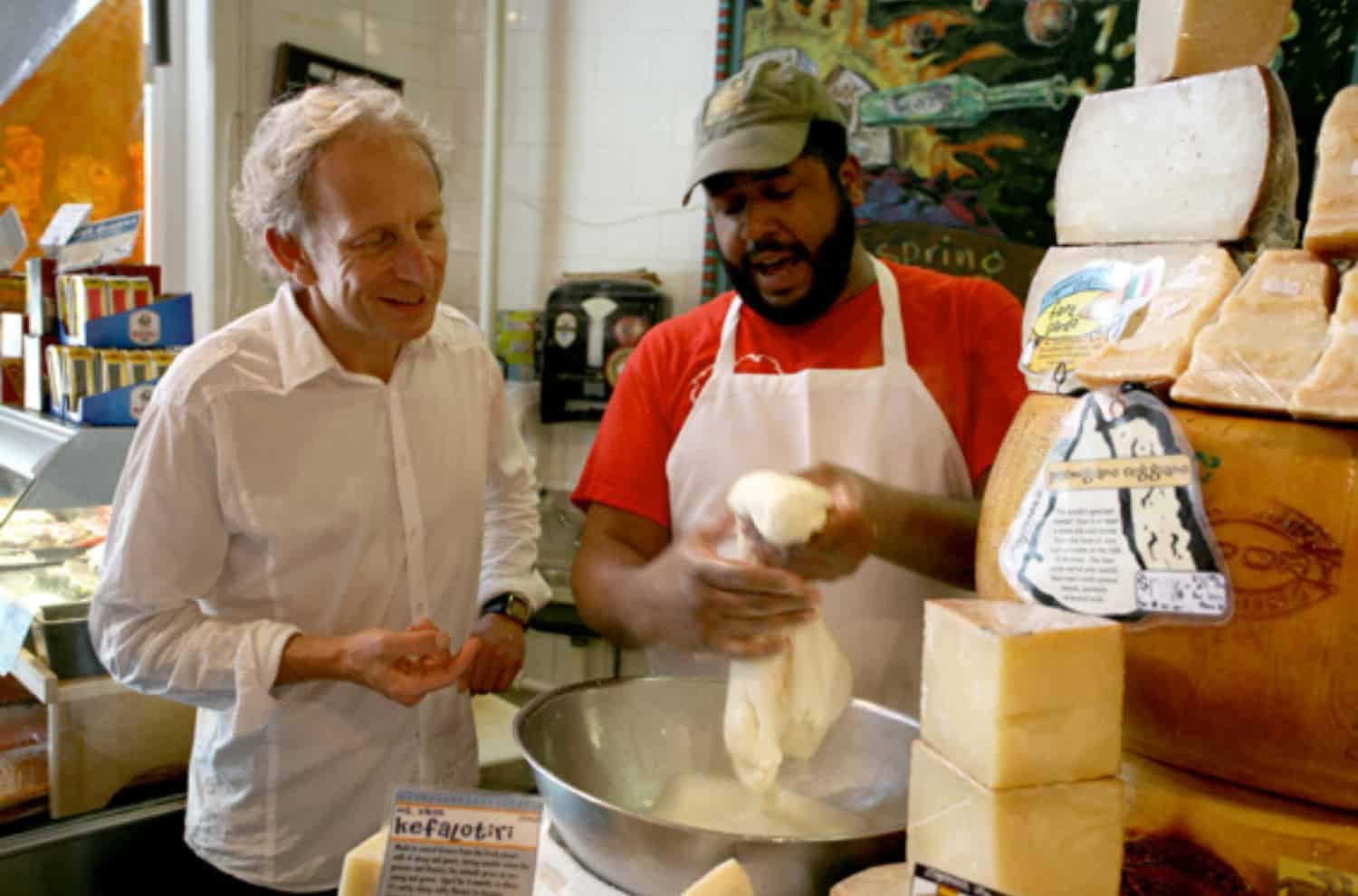