What are Wash Rinded Cheeses?

Deliberately making ‘Stinky’ cheese is a strange idea that originated centuries ago in the monasteries of  Northern Europe.

To make cheese more interesting, and last a little longer,  the monks washed fresh cheeses in a brine solution, and cool damp climatic conditions did the rest. A natural airborne bacteria called b linens grew on the rind turning the cheese a burnt orange colour, at the same time as it ripened the interior until it became soft and gooey. The only downside was the pong.

The  ‘whiff’ of washed-rind cheeses can be so strong that every time you open the fridge they make their presence known, but the paradox is that most are surprisingly mild, and delicious provided you just need to get the timing right.

Stinky cheeses really come into their own when the weather is cool, and they are often promoted in Europe in late Autumn because of an association between the rustic colours of the rind and fallen leaves.  By coincidence Autumn also marks the end of the cow’s natural lactation cycle and a significant change in milk quality, which always produces some surprisingly special cheeses.

If you think its time to give them a try lookout for the following: 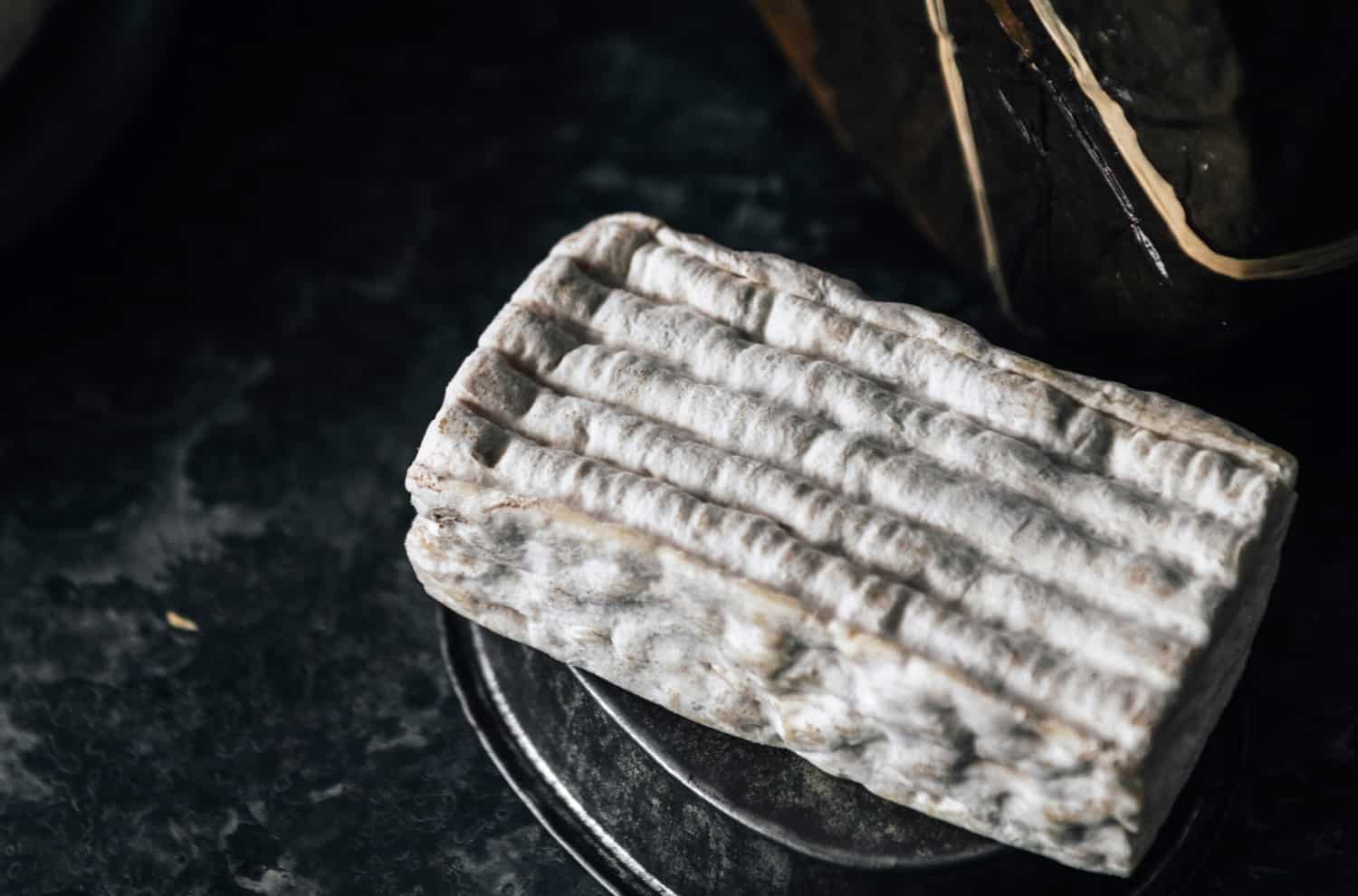 This pungent, monastic washed-rind cheese comes from the heart of the Pays d’Auge in Normandy, France. It is specially made using fresh whole milk collected from the designated AOC region of Pont L’eveque. It is best enjoyed when the chalky centre has broken down to a soft fudgy texture, with a deliciously mild creamy finish.

Ripened in the old butter factory at Milawa this can be the strongest and smelliest cheese in Australia, but also one of our finest. Its usually at its seasonal best when the walnuts of nearby Bright are ready to eat. A word of caution , this can be a wild cheese with a distinct smell of the farmyard.

the North West of Tasmania is well known for its rich farmland and green paddocks and now this unusual ‘square’ shaped cheese. Ripened using a combination or whilte bloomy moulds  its mild and sticky, with a distinct creamy aftertaste. Try it close to the use by date for best results.

The story of shipwrecks and storms off this famous island guarding the Western approach to  Bass Strait are said to have introduced  the unique  variety of  grasses  responsible for the its rich milk. In this respect  Stormy is  aptly named, however despite the name its generally  a mild cheese with a rich  clotted cream aftertaste, with enough bite to be very satisfying .

Made from pure Jersey milk this is an Australian washed cheese from Nick Haddow of Bruny Island Cheese Company based not far from Hobart. A delicate cheese it is best enjoyed no more than 2 weeks old when it is covered by a  mild pungent yeasty rind and has a  moist and fudgy texture balanced by a refreshing acidity.