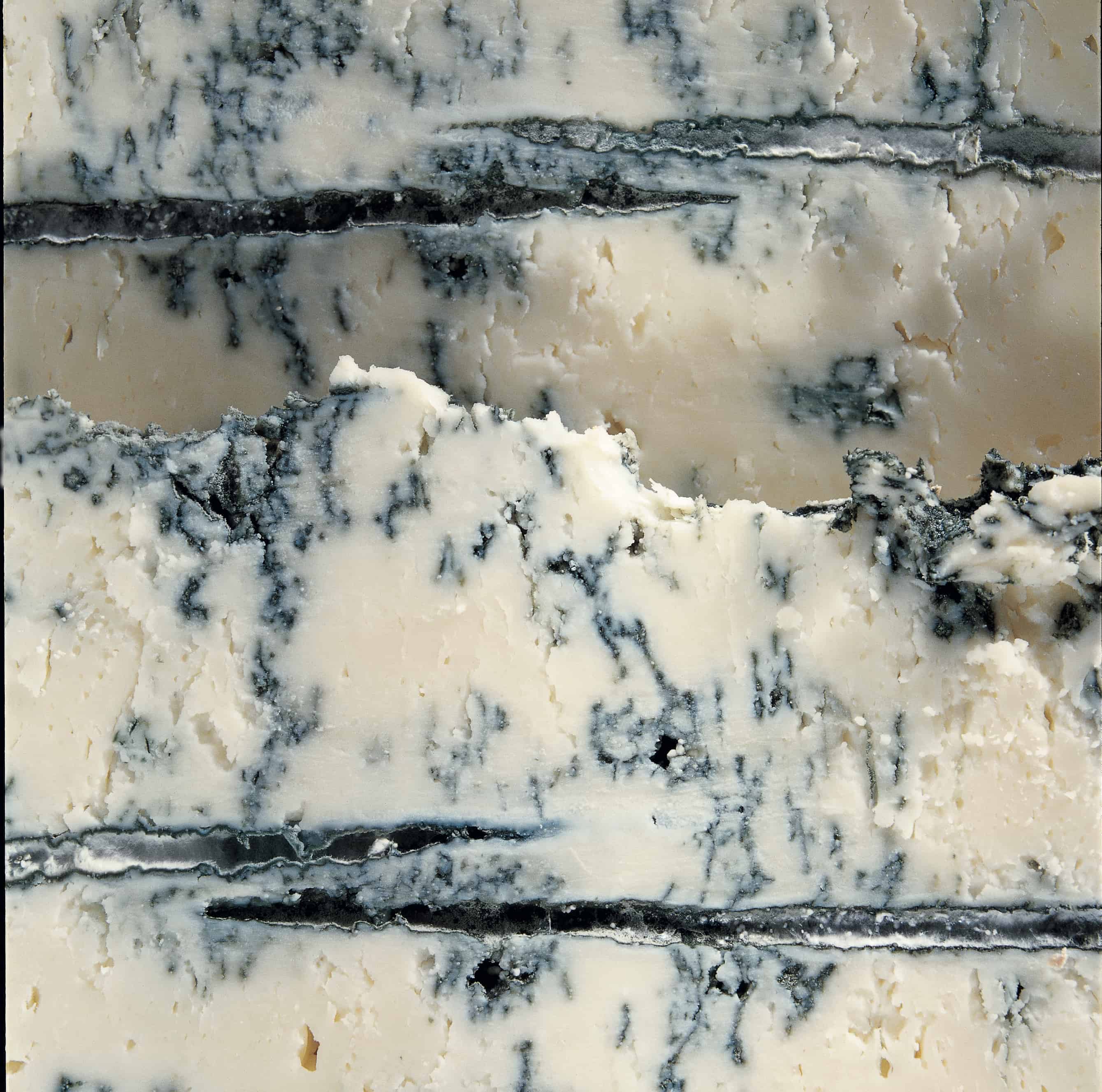 The shortest month of the year has been celebrated as a time for feasting since Pagan times, and it’s no coincidence that blue cheeses  form a traditional part of these festivities in many countries. Cheeses made in the Autumn have ripened to their seasonal best, and their rich rewarding flavours make a great excuse to enjoy  a glass of fortified or sticky wine on  a long dark night.

The granddaddy of all blue cheeses made from cows milk is Gorgonzola.

A benchmark that  has been famous  since at least the 9th century AD,  it was originally created  from  the milk of   ‘tired’  cows returning from pastures high in  the Italian Alps before the onset of the annual  snows. Australia has more than half a dozen blue cheeses adapted from the Gorgonzola recipe, and  mid winter is a good  time to check them  out and perhaps enjoy them with their ancient ancestor.

Gorgonzola  – Dolce and Piccante Italian Gorgonzola  is the ‘original ‘ winter blue cheese and  production is  strictly  controlled.  Whilst the name is a guarantee of origin, it is not a guarantee of  quality  which varies  between the  70 different producers. To make matters more confusing  there are  a number of different types, but Gorgonzola Piccante and Gorgonzola Dolce are the two you are most likely to come across.

Weighing over  12 Kg  the large natural rinded wheels are matured side by side in underground cellars, their sides supported by a belt of wooden slats. Gorgonzola Piccante is made from the pre -ripened milk of several milkings, and requires 3- 4 months maturation. Often referred to as ‘mountain’ Gorgonzola its firm moist texture and strong spicy blue flavors are sought after by enthusiasts looking for the authentic cheese.

Gorgonzola Dolce was adapted from the traditional Gorgonzola method almost 70 years ago, and is made only from  fresh milk. Maturing in just two months it has a rich sticky creamy texture and slightly sweet blue yeasty finish. These days it has become the most popular of the two and is usually sold in quarters wrapped in thin foil. It is not a good traveller, and should  be freshly cut to appreciate its subtleties.

Gippsland Blue Australia ‘s first  farm made  blue cheese  was created in the early 1980’s at Hillcrest Farm in Gippsland, Victoria. Made from Friesian milk the powdery grey rinded wheels are  matured in damp underground cellars builtbeneath the cheesery. Mild and  creamy with a slight yeasty flavour the texture alters  according to  seasonal conditions.  For a real treat lookout for  bulging cheeses with soft creamy spots scattered amongst the chunky lumps of blue mould.

Described as a ‘gorgonzola type ‘ this is the most complex of any of the blue cheeses made on King Island. It is also the largest of all Australian blues and  weighs in at  a hefty 8-10 Kg . Beneath its reddish  grey  rindlies a distinctive creamy  texture streaked with   steely  blue  veins. At its best when freshly cut fresh from a whole wheel.

Made by cheesemaker Steven Russell this natural rinded  blue  from Victoria is traditionally ripened  on wooden pine shelves in the humid maturing rooms of  the old brick butter factory at Milawa. Sightly chalky in texture when young it slowly develops a gentle creamy blue flavour which is  ideal for  beginners.

Blue cheese made from goats milk is rare because the volatile composition of the milk,  combined with distinctive ripening action of blue mould can produce very  strong and offensive flavours.  This unusual bluefrom Tarago River cheese company was developed  using similar techniques to Gorgonzola, and its  secret is good quality fresh milk, special moulds, and careful timing. Definitely one to enjoy by the use-by- date.