How to pair Cheese with Sake

Top-quality European cheeses are not matched with traditional Japanese sake very often: it’s certainly not a marriage you will encounter on a regular basis in your local Japanese restaurant. But as an exercise in taste, as a gastronomic game, seeing what happens when the products of hundreds of years of refinement in two very different cultures come together on your tongue, it is utterly fascinating – and can be deliciously enlightening, as we discovered. 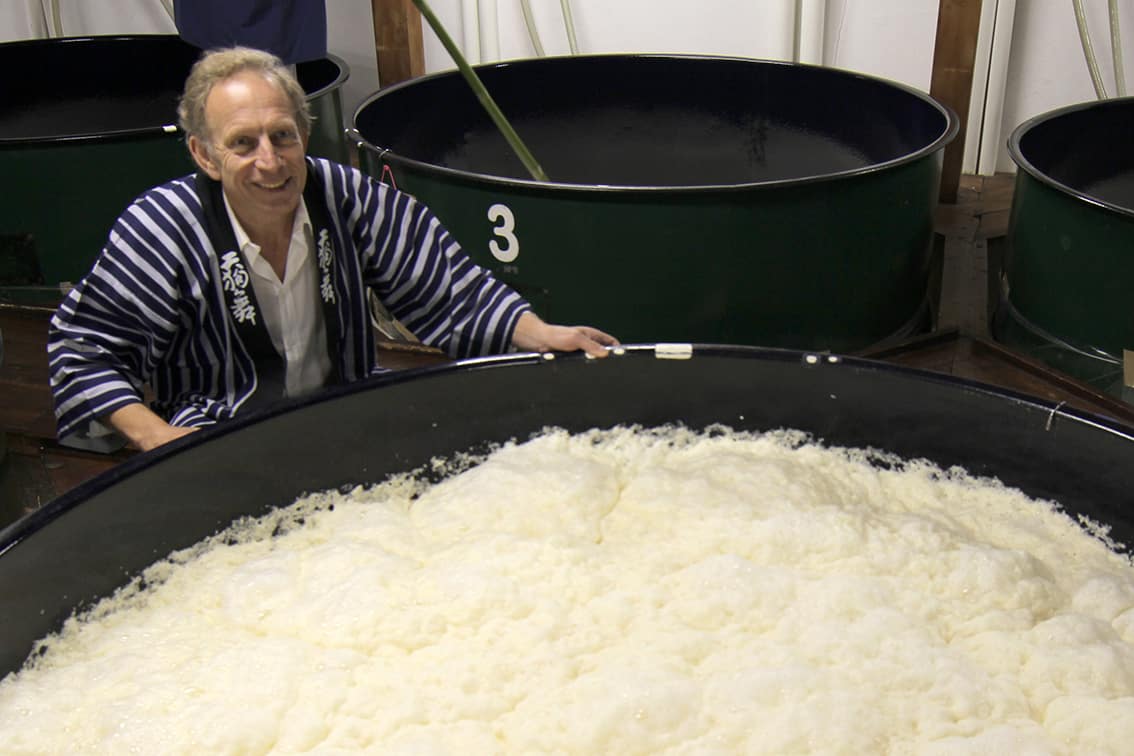 ‘No, the idea of matching cheese and sake is not common,’ admits Takashi Omi, partner and sake buyer at Melbourne’s hip Izakaya Den restaurant and bar, where we’ve come to do our tasting. ‘But it is certainly interesting. After all, I am used to matching other savoury foods with sake – why not cheese?’

Takashi offers 25 different sakes, 17 of which Izakaya Den ship themselves. Almost all of the bewildering (to westerners at least) styles of sake are covered; we focused on just four of the finest premium styles.

The quality and style of sake depends on how traditional and pure the production process is: the more polished or highly milled the rice (i.e., with fewer impurities in each grain); the longer the brewing; and the fewer the ingredients used the better the sake is. All the examples we tasted were made from nothing but highly milled rice, pure water and koshi-kin (special mould added to the rice to convert its starch to fermentable sugars), with only one having a small amount of added alcohol.

In learning how to appreciate each of the sakes we found it very helpful to hear what kinds of food Takashi normally matches with them. So, with the namazake – a cloudy, unpasteurized, relatively light sake served cold – Takashi likes to recommend cold, fresh and delicate raw fish dishes; with the slightly fuller-bodied, rounder-tasting junmai sakes, he serves braised dishes; and with the top ginjo and daiginjo sakes – more aromatic, with more intense tastes – he likes bolder-tasting sashimi and mushrooms.

The next time you find yourself confused by the sakes on offer in a shop or restaurant, remember these terms, and it might help you make a good choice: namazake is, in wine language, a little bit like ‘unfiltered’; junmai is like ‘pure’; ginjo is like ‘premier cru’ anddaiginjo like ‘grand cru’. 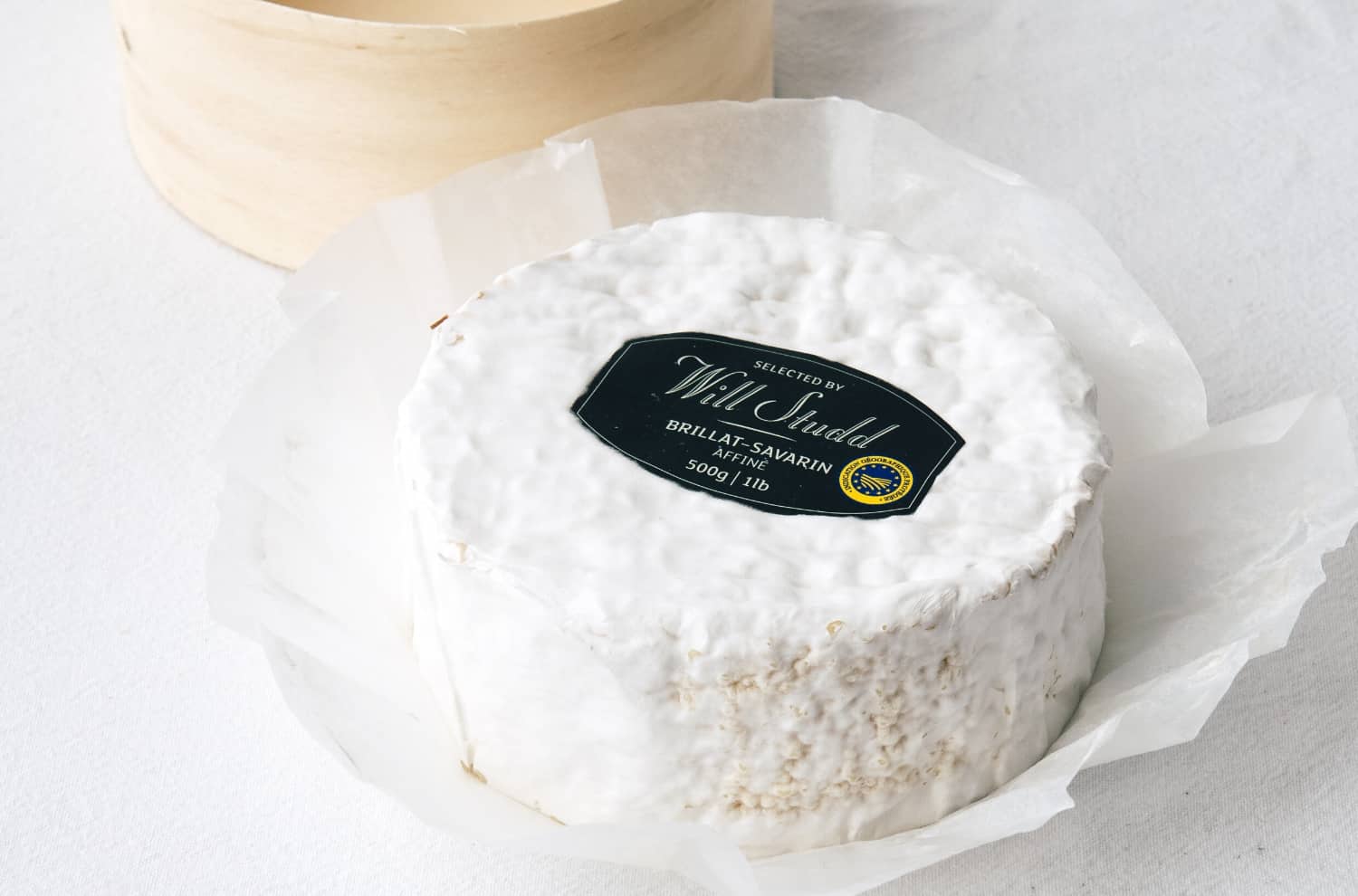 This relatively modern cheese from the Champagne region is closely related to Chaource and Brie de Melun. The sticky fudgy texture is created by gently setting the curds overnight, whilst the rich creamy flavour comes from extra cream added to whole milk prior to cheese making. Add a traditional geotrychum mould and ripen for several weeks and you have a sensuous gooey cheese that rarely fails to please.

This delicious namazake, or unpasteurized sake has a lovely direct flavour and a textural characteristic – a slipperiness – that reminded us of water in which uncooked rice has been washed. It made for a wonderfully pure and clean match with the eager-to-please cheese, and – as with all the other matches – underlined how important is the fifth taste, umami (described as the savoury taste of proteins), to our enjoyment of food and drink. Roquefort is one of the most ancient cheeses of France. For our tasting we chose a new season Roquefort made by the Carles family. The combination of raw ewe’s milk, a specially selected Pencillium Roquefort mould grown on bread, and the alchemy of the maturation caves produce a deliciously soft fatty cheese that echoes with a range of satisfying sweet salty blue mould flavours.

Genshu is a style of sake that has less water added during the brewing process and is more concentrated, rounder in flavour and richer. There is a little more of the slightly fruity aroma and intense flavour of the koji-kin mould – making it a great match for the saltiness and sweet blue mould flavour of the Roquefort. 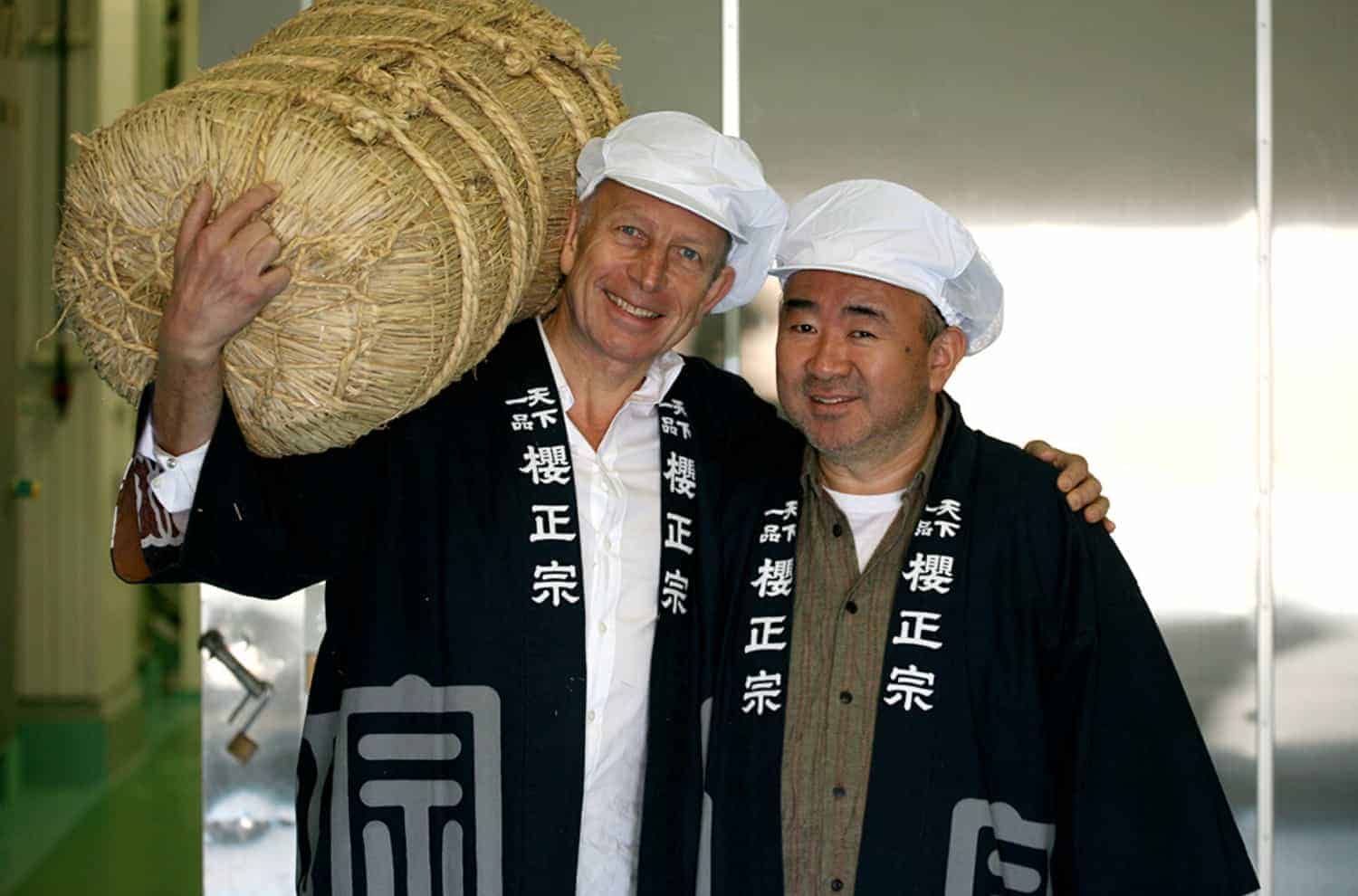 Most Parmigiano Reggiano is considered at its optimum and ready for sale after eighteen months, and finding cheeses that are suitable to age longer is difficult. For seven generations the Cravero family have been practicing the craft of selecting and ripening some of the finest in their cellars. This two year old had a moist crumbly texture and enticing sweet flavour quite unlike the dry and cracked cheeses so often promoted on the basis of age not quality.

The ‘39’ in the name refers to the percentage of each rice grain remaining after polishing. It is rare to see sake this refined: the result is a gloriously fresh, pure and fruity, citron-like aroma, a richness and fullness of taste but lovely brightness and finesse. The sweetness at the heart of the reggiano revealed even more of an almost candied fruitiness in the sake: remarkable, really, considering this is made from rice, not fruit.

Comte is the most popular raw milk cheese produced in France under the AOC system, but quality and ageing profiles vary widely between producers and affineurs. For our tasting we selected a very rare old Comte which had been matured for eighteen months in the stone lined cellars of Fort St Antoine high in the mountains that border France and Switzerland. The dense concentrated nutty texture of this exceptional cheese was flecked with tiny sweet crystals of calcium lactate which added a subtle sweet crunch to the sensational kaleidoscope of flavours.

Another very refined daiginjo sake, but unlike the ‘dassai 39’, which is a junmai (nothing but rice, water and koji-kin), this also has a little added alcohol, and while it isn’t as fine and delicate, it has extra weight, richness and umami, matching wonderfully well with the creamy, almost caramel sweetness of the cheese. 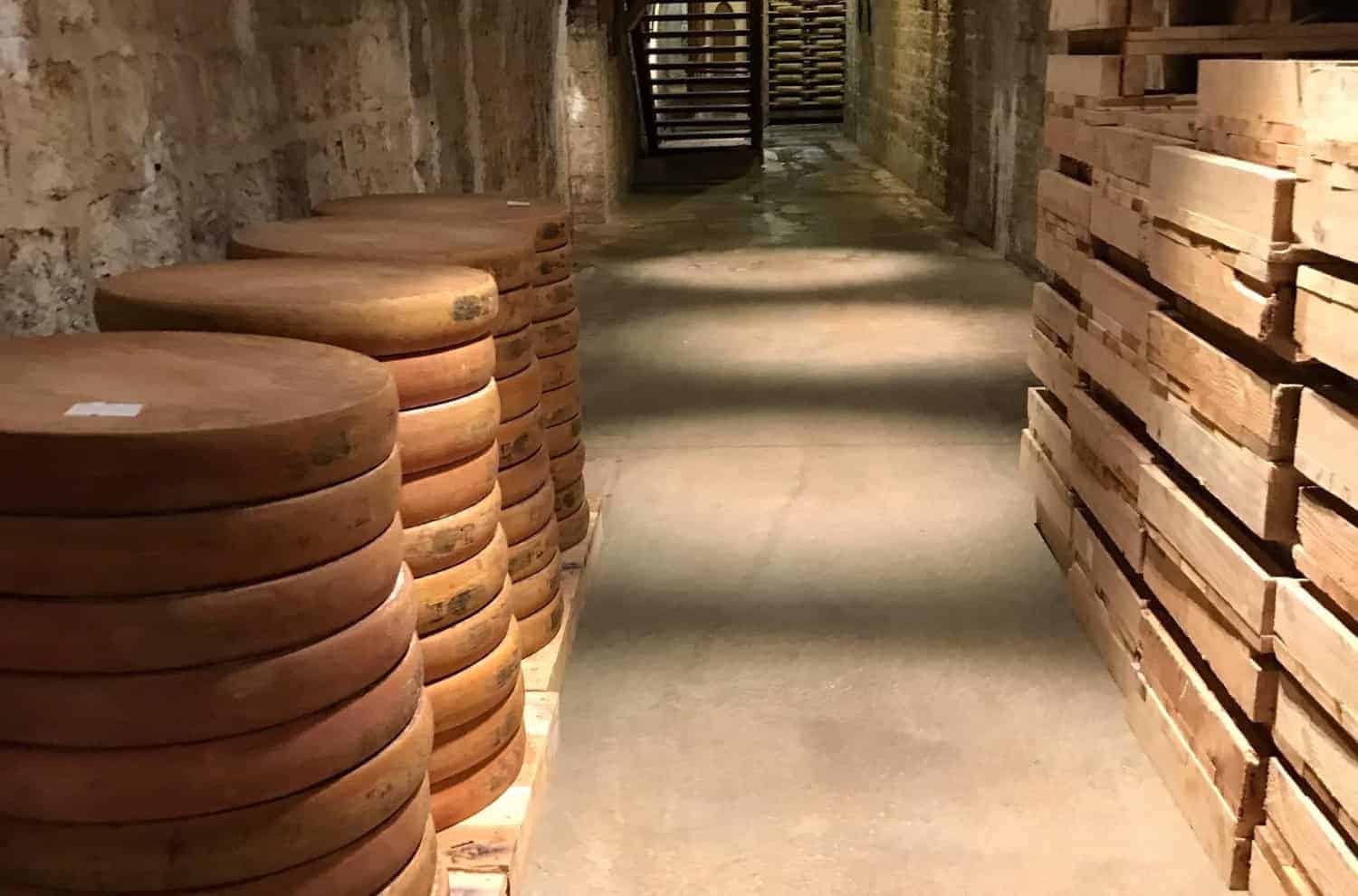