What is Traditional Cultured Butter?

Discarded domestic butter churns have been cluttering up antique shops for years, but it never occurred to me to buy one until I visited France recently to film a story on butter for a new series of Cheese Slices. The subtle differences in flavour, texture and colour of fresh cultured butter churned in a traditional baratte in Normandy and Poitou-Charentes was a revelation. It was also a reminder of just how wonderful freshly made butter tastes when carefully churned the old-fashioned way.

Making premium butter depends on quality cream, clean filtered water, and gentle time-honoured churning techniques. The principle is simple. When cream is beaten or churned, the fat globules become damaged and eventually stick together in a growing mass of grains that finally separate into butter and delicious liquid buttermilk which is then drained off. The solid butter may then be washed with fresh cold water before it’s ready to be worked, folded and shaped.

The use of butter became one of the defining differences between the traditional cuisines of northern Europe and the countries of the Mediterranean, which use olive oil. Over the past century, butter has experienced growing competition from low-cost spreads such as margarine, and most butter is now mass-produced by large industrial dairies and stored frozen, often for long periods, before being defrosted for sale.

There are two main types: sweet cream butter, popular in Australia, New Zealand, Britain and North America; and traditional cultured butter, which is preferred in Europe.

Sweet cream butter is made from fresh cream and its popularity is linked to the development of refrigeration, improvements in transport, newly formed co-operative dairies and the invention of mechanical cream separators during the industrial revolution. These changes made it possible to produce butter at low cost for export to the growing urban population of Britain. Salt was commonly added to help preserve shelf life, and most examples of sweet cream butter are still made with added salt.

Cultured butter has been produced in northern Europe since at least Roman times. In its pre-industrial form, it was made on small farms using raw cream collected over several days of milking. The cream had soured by the time it reached the churn, producing a butter with a definitive lactic aroma and quite pronounced flavours. Salt was rarely added because production was small and seasonal. 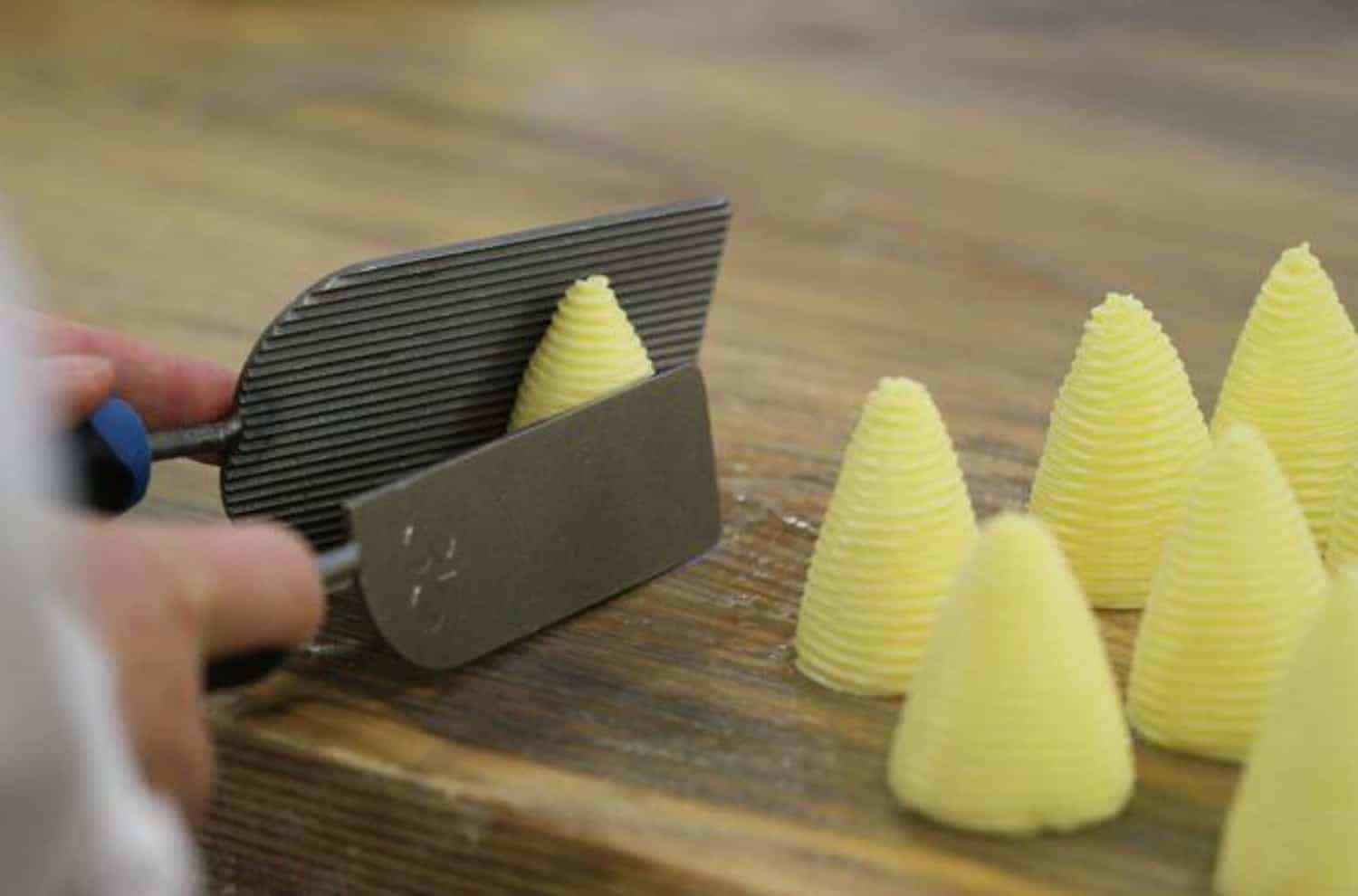 Today, the use of traditionally soured cream to make cultured butter has almost disappeared, and most is manufactured using a modern process that instantly flavours fresh pasteurized cream with a cocktail of industrial cultures. This produces a very predictable quality of butter but lacks the complexity and seasonal characteristics of that made with naturally fermented cream. But there is one major exception: French AOP butter.

The French recognize two appellations for butter: Normandy and Charentes-Poitou. Butter carrying the AOP symbol is guaranteed to be made from fresh local cream which has been cultured using a natural maturation process lasting 12 to 24 hours, and the finest examples are gently churned in a traditional baratte. The butter from each region is surprisingly different.

Normandy butter (such as Will Studd Beurre de Baratte ) is preferred by most French chefs for cooking because it adds a sensational creamy richness to dishes. The rich milk produces butter high in fatty solids, oleic acid and mineral salts. Quality varies according to the season and the softest is made during the late spring flush when the green fields are covered in buttercups, daisies and dandelions. These are ingested by the cows and produce a golden butter packed with floral flavours. In contrast, the cultured butter from the Poitou-Charentes region (such as Échiré) is paler, firmer and slightly brittle in texture, and more consistent in quality and colour. It also has a lower moisture content, making it the preferred choice of French pastry chefs.

Butter’s delicate flavour is easily spoilt by exposure to air and light, or tainted by strong odours, and large producers often extend use-by dates, which can result in rancid flavours.

The best way to really appreciate what the fuss is all about is to make butter at home. The transformation of cream into butter is miraculous and easy with a food processor and quality cream. But if you find an old butter churn lying around I highly recommend you try using it to make butter with crème fraîche from Normandy. The sensational flavour of fresh cultured butter made the old-fashioned way is a revelation I won’t forget anytime soon.