Wrinkles are Good When It Comes to Traditional Cheese

Camembert de Normandie and its big cousin, Brie de Meaux, are symbolic benchmarks of traditional French cheesemaking skill. Legally protected under the European Appellation system, and produced only from raw milk in strictly designated regions, their creamy texture and fungal flavours set the standard by which all similar cheeses are judged. But despite their old-school reputation, these classics are gradually losing market share to a variety of new surface mould-ripened cheeses in modern France. 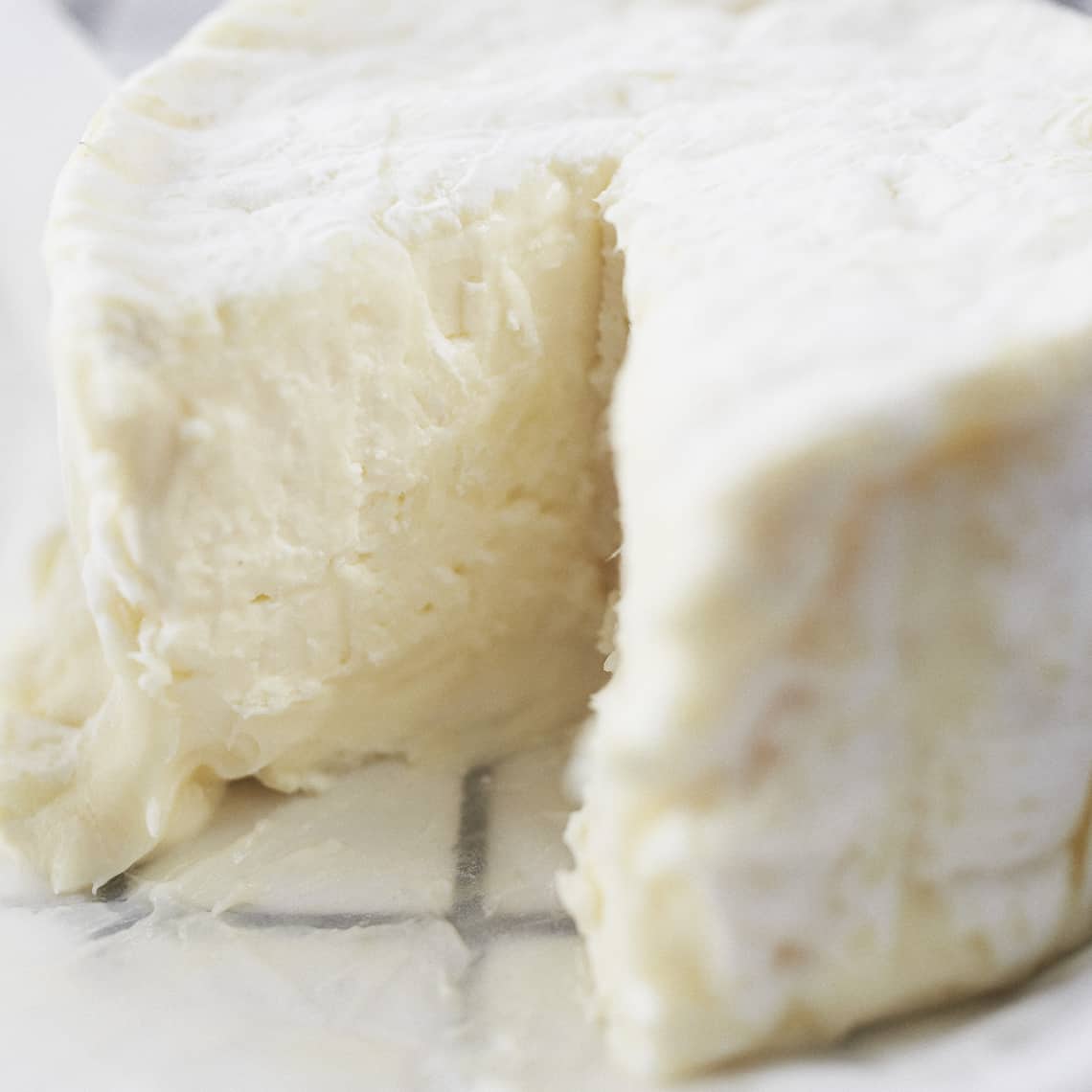 The main problem with traditional brie and camembert is that they’re unpredictable, and require skill and patience to mature. There is a period of just a few weeks when the inner chalky curds are fully broken down and the cheese is at its optimum texture and flavour. Cut too early and these cheeses have a chalky centre; too late and the mould has curled up and died, and the interior becomes very strong. It’s all way too complicated, even for consumers in France. The French have traditionally left the job of ripening cheese to the local affineur, but they can now choose from a large range of pre-ripened “stabilised” cheese available in the dairy section of the local supermarket.

Modern stabilised cheese also dominates the market for surface mould-ripened cheese in Australia. These are made using a heat-sensitive starter that enables dairies to guarantee a soft, bulging texture with no acidic chalk line from the day the cheese leaves the dairy. Dressed in a velvety white mould coat, these cheeses are similar to those found in tins, and will hold their shape and texture for months.

The surface mould plays only a small role in ripening the interior and, to boost the mild and often bland flavour, producers may add extra cream – hence the use of the term “double brie”.

The colour and aroma of the mould on traditional surface-ripened cheese is a good indicator of how the cheese will ripen.

Wrinkles are good when it comes to traditional cheese, as is a pungent cowshed scent of wet straw and brassica. In contrast, modern stabilised cheeses have a pure white, fluffy mould and an aroma of wet paper and mushroom, with a tendency to become strongly ammoniacal with age.

One of the most intriguing and successful methods of producing modern surface-ripened cheese was invented in the 1970s by Jean-Claude Guilloteau, in the Dauphiné region of south-eastern France. I had the pleasure of visiting the region and filming an interview with this industry legend for Cheese Slices. Now in his seventies, Monsieur Guilloteau is a passionate, deeply knowledgeable and determined cheesemaker whose career has been dedicated to the development of a technique that produces surface-ripened cheese with a unique texture and flavour.

The result of his innovation, and the secret to his success, is the use of ultrafiltration. This process involves passing whole milk under pressure through a system of micro-membranes that separate the large fat and protein molecules into a concentrated form of liquid cheese, while the remaining ultrafiltrate of water, lactose and soluble mineral and vitamin molecules passes through.

The concentrate is coagulated with a small amount of rennet before it’s drained and ripened. The use of less rennet and starter ensures a predictable and consistent silky texture. It also extends the shelf life of the cheese. As a result, Guilloteau’s Pavé d’Affinois is found all over France and, along with its big cousin the Fromager d’Affinois, has become one of the most popular French surface mould-ripened cheeses in Australia and the United States.

Ironically, what makes this cheese particularly clever is the selective use of traditional moulds similar to those found on Brie de Meaux and Camembert de Normandie. These slowly ripen the interior of the cheese until it develops a rich and unctuous texture with just a hint of the cow. It’s certainly not old school, but today’s consumers love it.