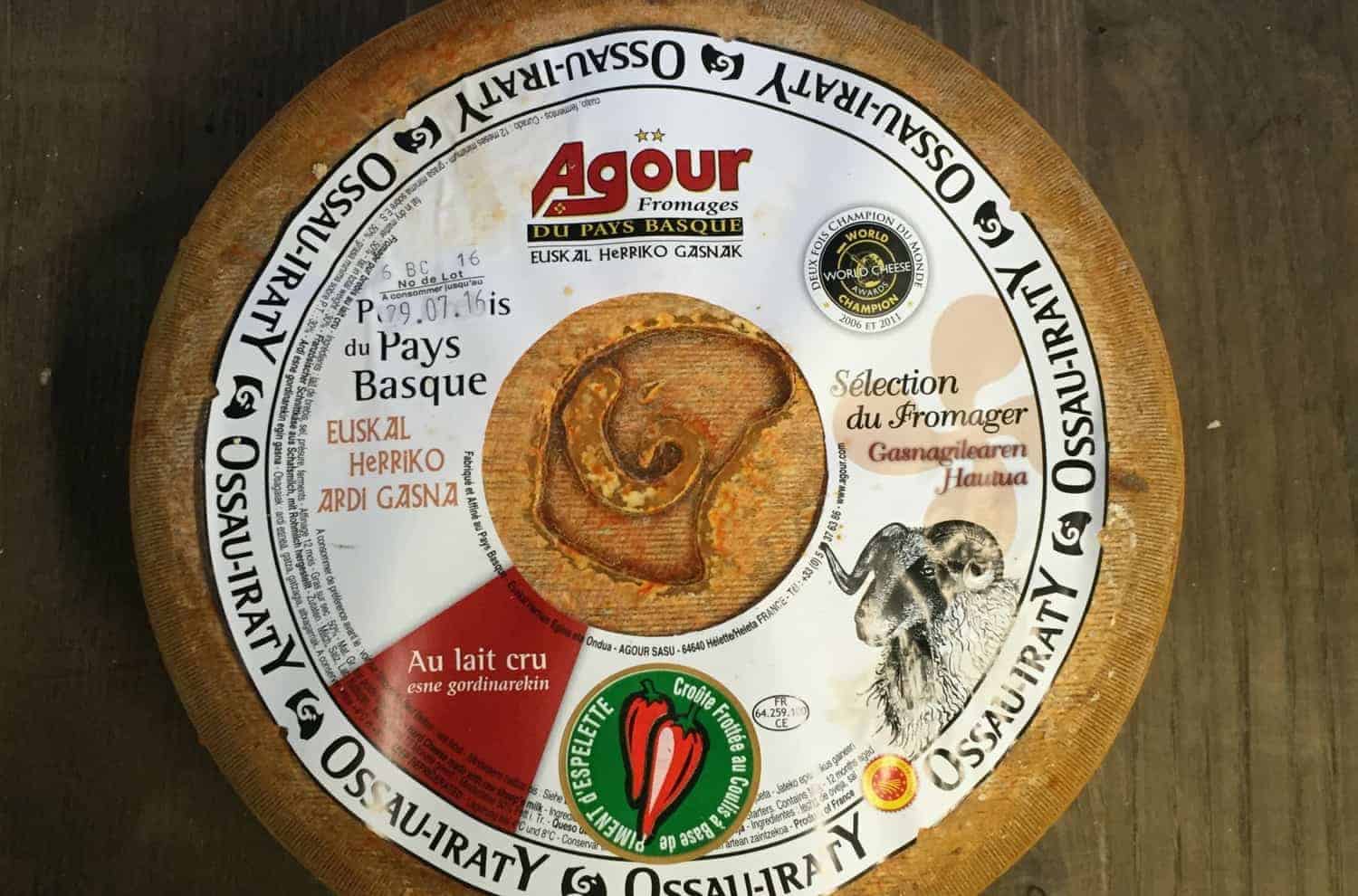 Flocks of sheep have nibbled on the green slopes of the Pyrenees since ancient times, and the mountains and valleys are home to the oldest surviving semi – hard ewe’s milk cheeses in Western Europe.

Traditionally made by shepherds between December and June these epitomize what artisan cheese is all about.  Although made using similar cheese making techniques each valley has its own version of cheese and they are as markedly different as the people, languages, and history of the Pyrenees. Quality varies considerably, as do the breeds of ewe milked, and there are hundreds of different types and shapes displayed at village markets, each with a unique connection to where, how, and when they were made. But the future of these cheeses is at a crossroads.

Over the past fifty years the number of shepherds making genuine ‘berger’ cheese on the farm has dropped dramatically, and the annual trek to remote dairies high in the mountains in May is now rare.  Instead there is a growing trend for fresh milk to be collected from the valley farms by tanker for bulk processing in industrial dairies and an increasing use of cow’s and goat’s milk.

The most well-known pure ewe’s milk cheese from the Pyrenees is Ossau -Iraty, and under appellation regulations the source of milk and how it is made are strictly controlled.  But the new huge dairies also produce other types of cheese including some from ewe’s milk collected thousands of kilometers away. These are often marketed under misleading brand names that compromise the wonderful cultural legacy of the region.

Whilst visiting the Pyrenees to film a story for ‘Cheese Slices’ recently I was surprised by how much has changed over the past 5 years, and intrigued to learn about the differences between the authentic local cheese and the commercial brands now  found all over the world. 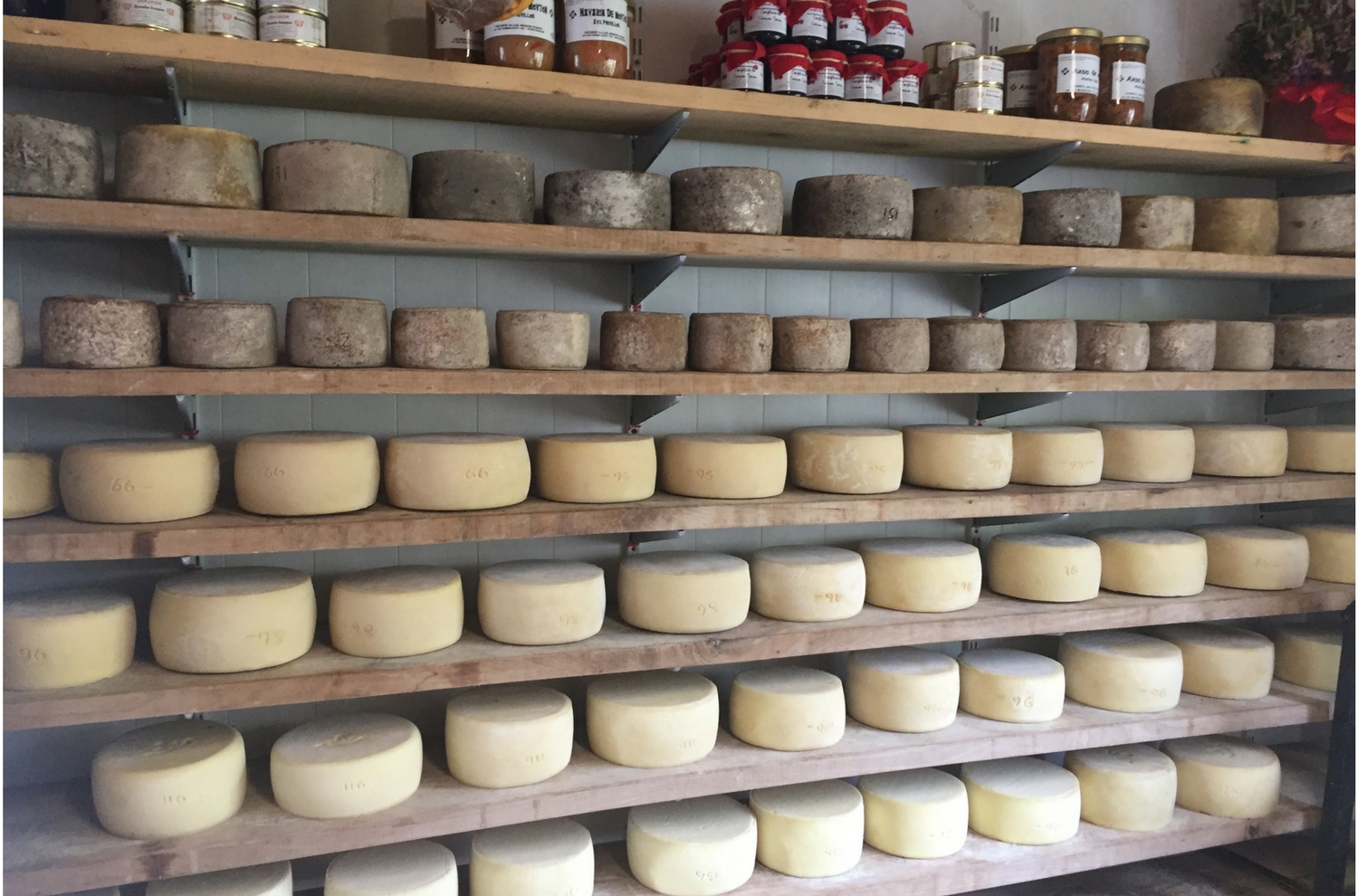 My starting point was the Iraty valley in the Basque on the borders of France and Spain. Just a short drive from the busy coastal town of San Sebastian the serene unspoilt green hills and towering rocky outcrops of the valley overlook thick beech forests, and clear running streams. Many of the people living here still speak Basque,  the oldest language in Europe, and  traditional cuisine inevitably  includes air cured  ham, Espelette peppers and salted cod.  But it’s the local ewe’s milk cheese that symbolises the proudly independent spirit of The Basque according to cheese maker Peio Etxeleku of  Agour dairy. Peio’s family have been making cheese here for generations, and he is clearly amused when I ask if he agrees with my view that  Ossau-Iraty is a  ‘mongrel’ cheese name  created for political reasons in 1981.

The Iraty valley is about 200 kilometres away from the Ossau valley in The Bearn and the idea of joining these two benchmarks under a shared name certainly seems absurd when you know the differences between the two.

Iraty cheese is traditionally made using the milk of the hardy black and red faced Manech ewe’s and is recognisable by its size, tight angular edges and grey mouldy rind. It is smaller and pressed for longer than its joint name sake in the Bearn. When aged for 6 months or longer it develops a lingering piquant finish with a hint of chestnuts that reminds me more of Idiazabal  than the moist and supple cheeses from  the French side of the border. 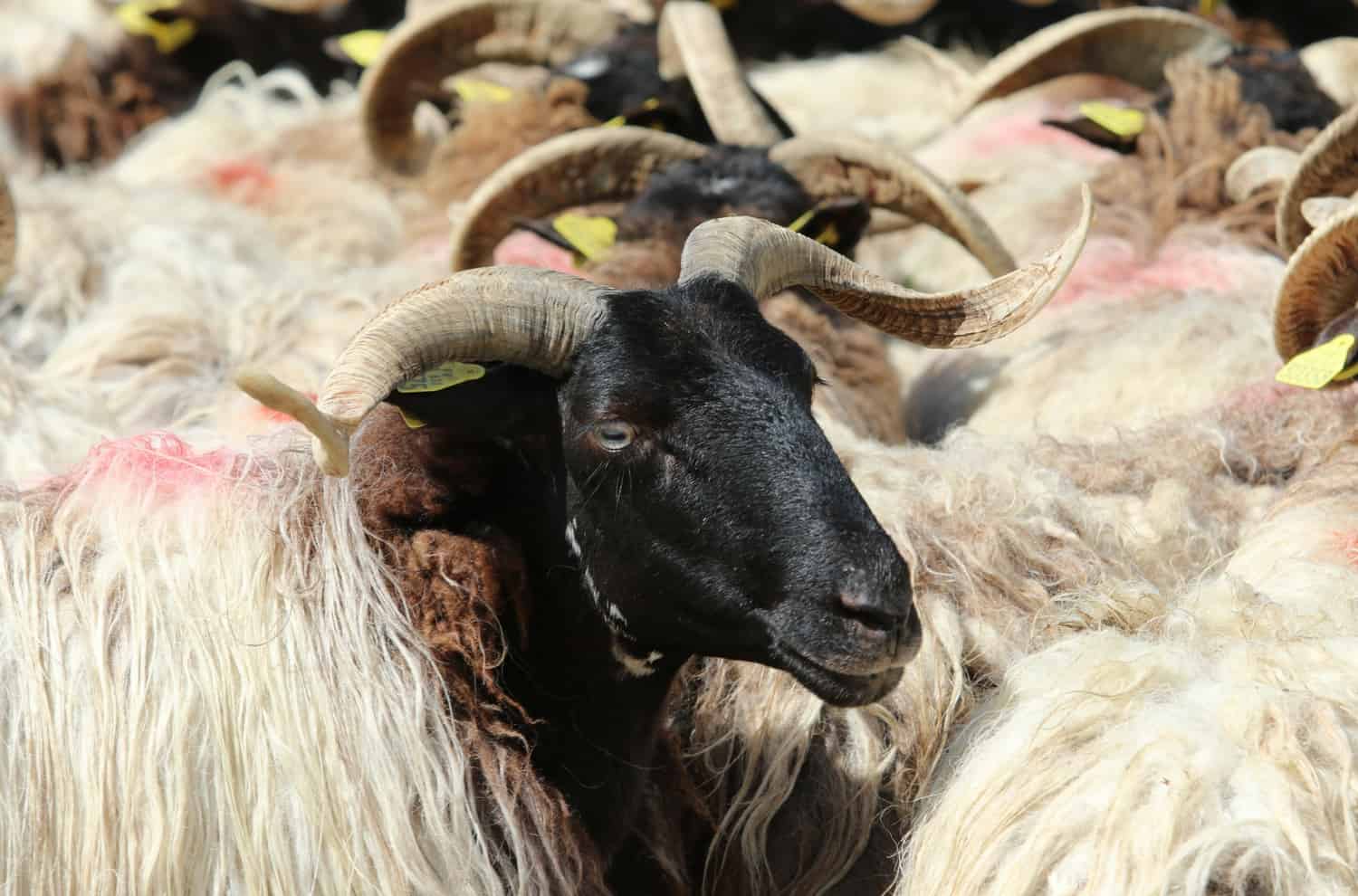 In contrast the ‘Tomme’ of the Ossau Valley are traditionally made by shepherds with milk from both Bearnaise and Manech ewe’s, and the use of cow’s milk has also become common after the ‘brebis’  season has finished. Here I caught up with affineur Dominque Bouchait whose fleet of mobile cheese vans  specialize in  local shepherds cheese at village markets in the region. He explained that the traditional cheeses of this beautiful valley are larger in size than those from Iraty and are easily recognizable by their rounded edges, and pale golden rind which has  little or no mould. They are not pressed as long as  Iraty, and after ageing for 4- 6 months their moist supple texture develops tiny fissures, and rich savoury flavors that depend very much on the season.

Further South the original ewe’s milk cheeses of the Bethmale valley are now extinct. Instead the ancient tradition has been recreated using ‘cow’s  and, or, goat’s milk  by the Jean Faup family dairy. The golden rind and rounded shape of these cheeses is similar to those made in Bearn, however they are not pressed, and are aged for only a few months until the soft moist open texture has developed  a mild creamy finish with a refreshing tang.

So next time you ask for cheese from the Pyrenees at your local cheese shop be prepared to also question their origin. Ironically you will probably settle on Ossau-Iraty because at least the AOC  regulations ensures it’s the real deal, and not just a clever marketing concept!