This is just about the most opulent soufflé we know – especially good because of the unique flavour of the Jerusalem artichokes, and the comfortable way in which they blend with one of our favourite cheeses. This recipe is by Bob Hart and available in his MELT! book. 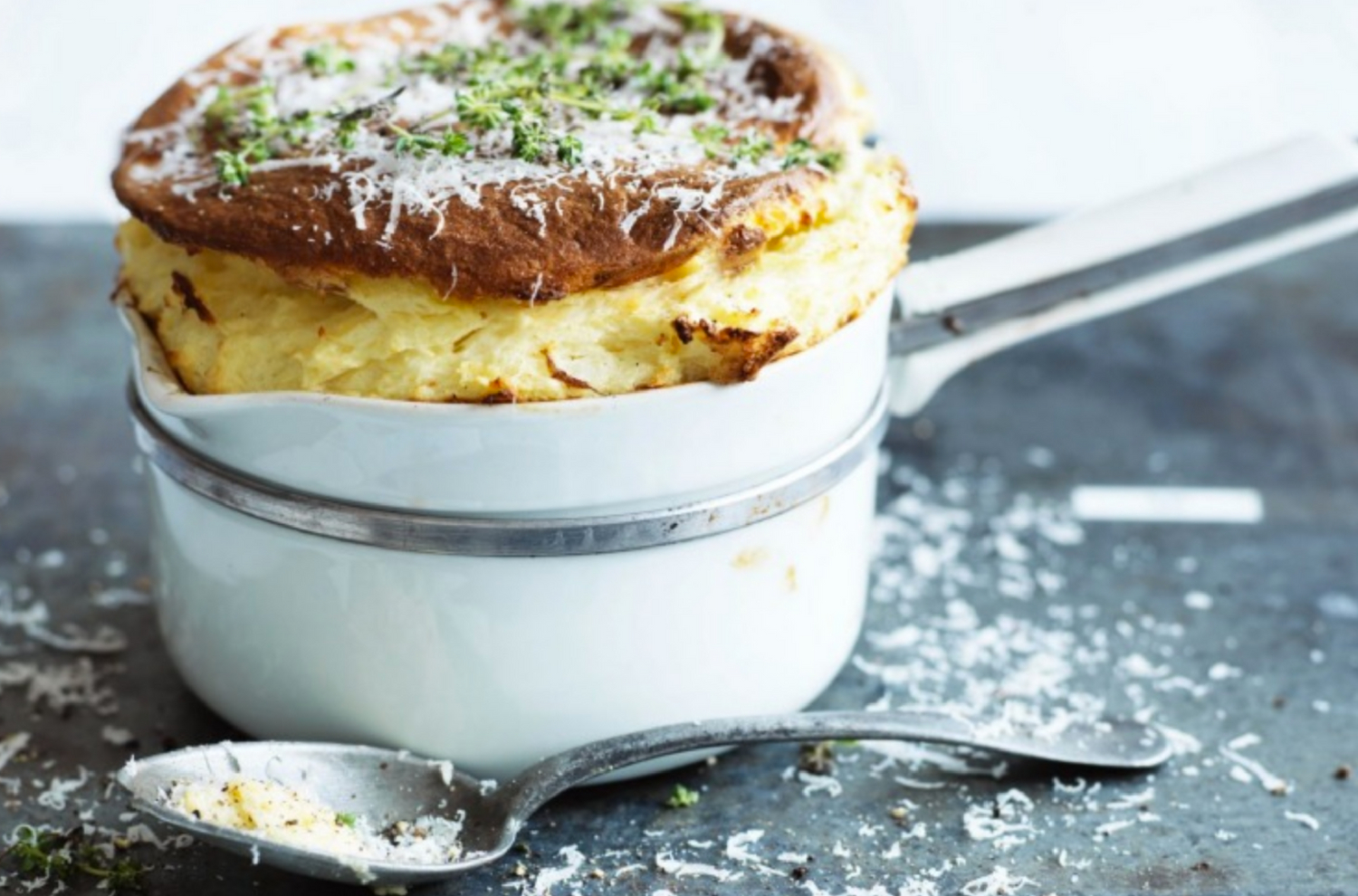 (1) Heat your oven to 150˚C. Place the artichokes in a saucepan, add a pinch of salt, a clove of garlic and cover with milk and cook gently until tender. Turn off the heat and allow to cool slightly.

(2) Pour off the milk and set aside. Coarsely chop the artichokes and set them aside, also. Rinse the saucepan and add the butter. Melt it over gentle heat and add the flour. Stir or whisk well to remove lumps and then add 400ml of the warm (artichoke) milk in a slow stream, continuing to whisk until the mixture just comes to a boil.

(3) Turn off the heat and whisk in the grated cheese. Add the artichokes, allow to cool for five minutes and then add the egg yolks, one at a time, whisking well after each addition. Whisk the egg whites in a bowl with a pinch of salt until they are stiff and then fold into the artichoke mixture.

(4) Pour this into six 150ml aluminium moulds which are just the right shape and cook in a bain-marie (we use a baking dish lined with either a tea towel or a tabloid newspaper supplement; pour in boiling water to come two-thirds up the sides of the moulds) for 20 minutes, by which time the soufflés should be puffed and becoming golden on top.

(5) Cool, carefully unmould onto a flat plate covered with plastic wrap, and leave until you are ready to serve them. To serve, heat an oven to 180˚C and carefully position them, still inverted, in a buttered ovenproof gratin dish so they are not touching. Douse them evenly with pouring cream (1-2 cups) and return to the oven for about 15 minutes to let them swell and become golden.

(6) Serve individually, with some of the cream from the dish spooned over them.